I am a Marine Corps veteran pursuing my career in education. I am currently a student at Southern Connecticut State University (SCSU). I am all about positive motivation and helping others achieve their max physical and mental/intellectual potential. I love to think "outside-the-box" and believe in looking at things from different perspectives. I enjoy the many arts of life: music, film, literature, aesthetics in the art of the anatomy and physique (i.e. bodybuilding), etc.

I am always open to learning from experience, whether it be my own or others... Good or bad... We will learn regardless...

I experienced my very first Twitter chat the other day.  While perusing around in my newly created Twitter account and utilizing the Tweetdeck application I saw professor McVerry use in class, I was invited by professor McVerry to join the #ctedu chat that was occurring at 8pm on 23 Sept 15.

The Twitter chat was about integrating the arts to help student learning.  The chat consisted of multiple teachers and educators with whom professor McVerry considers to be the thought leaders of the state.

@AMReyRey717 I am glad someone from #edu106 joined #ctedu tonight. Those really are the thought leaders in the state.

The chat was organized via the #ctedu and a google document that depicted some questions the moderator would ask.   The moderator being Amy Traggianese who is co-facilitator of #ctedu and an elemntary art essentialist amongst other attributes.  She would post one of the questions and the other particpates would answer them. 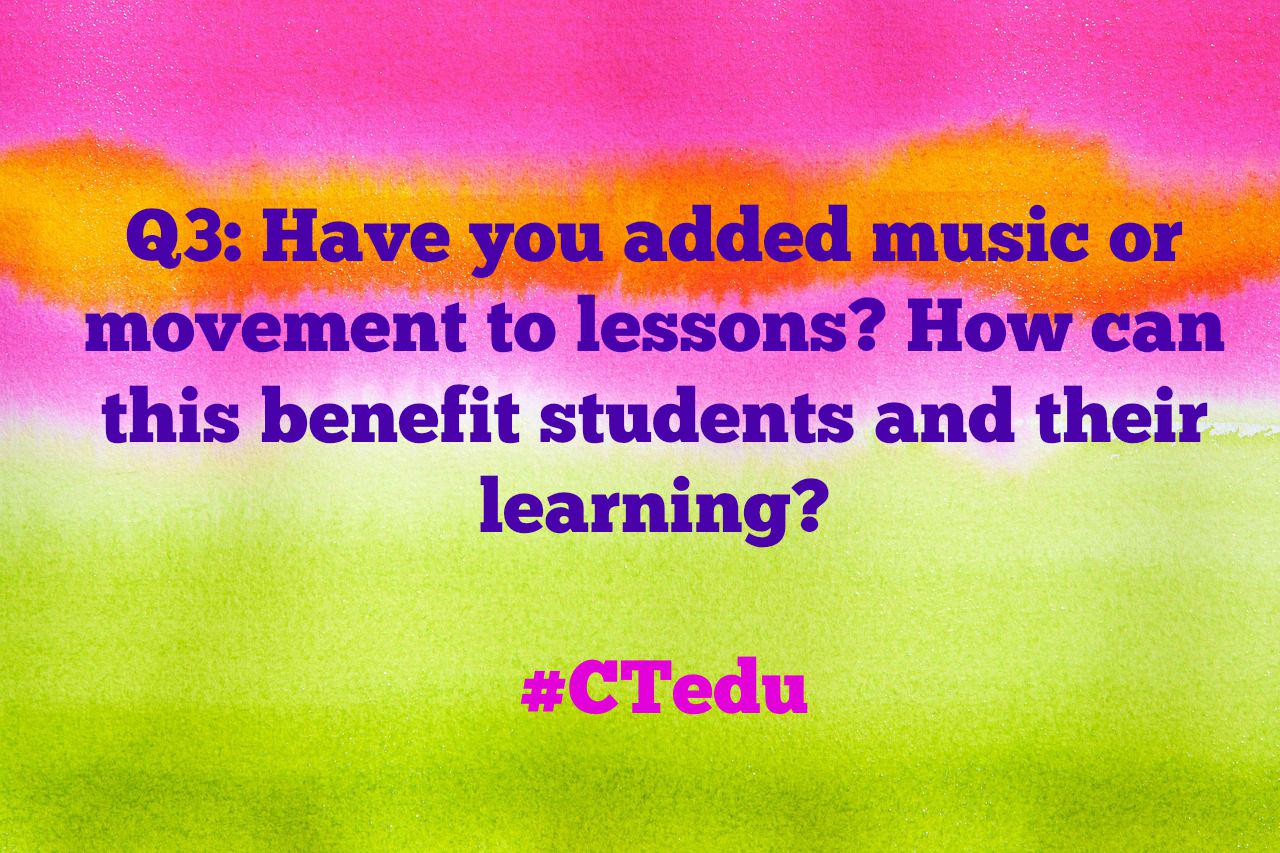 Many of the participates were very much expert in the dynamic of Twitter chatting.  They knew how to answer each question at lighting fast speed with links to examples, videos, pretty much anything you can imagine.

A2. We do a lot of picture analysis. It's worth a thousand words! #ctedu pic.twitter.com/1bvqGw012C

I tried to participate with a "wow! How cool is that!" or an "Awesome!" every now and then. I think even      professor McVerry tried to showcase the Timeline I did for #edu106, but I felt like a definite total noob...

This doesn't mean I didn't learn anything...  Examples of what these educational leaders would use in class would come at my screen rapid rate!  I saw students in costumes, educational music videos, tech art vocabulary words, etc.  Even the moderator talked about how crazy busy the chat was!

Wow, this #CTedu chat is crazy busy! It is hard to keep up!

Other educators would also give praises to the multitude of different ideas and said they would utilize them in their own teaching techniques. They would give each other the thumbs up if they liked what the other educator brought to the table and chat.

All in all it was an exciting and new way for me to learn!  The participants were very welcoming to a humble student joining their chat and observing the masters at work.  The voices were both equal and diverse.  Equal that everyone had a chance to be heard and diverse that everyone had something different to bring to the table.  It was a very well organized chat as well.  The half hour went by so quick it kind of had me wanting to observe more of, what I like to call, the beautiful chaos of the twitter chat.  I will definitley search for more educational hashtags and try to participate more in these Twitter chats!